While much of today’s college basketball discussion will be in regards to the release of the brackets for the PK80 Invitational (exempt event honoring Nike founder Phil Knight), there was also another tournament field reported today. The Islands of the Bahamas Showcase will feature 8 mid-majors in a tournament on November 17-19, per @TheD1Docket on Twitter. Today, Josh Thomson of Lohud.com reported the field for this event. Bradley, Coastal Carolina, Duquesne, Iona, Northern Kentucky, UTSA, Vermont, and Weber State will be the participants, per Thomson.

UPDATE #2: James Madison will be the 8th participant the event, per Vermont’s non-conference schedule release.

The event is a win-win for all participants. As scheduling at the mid-major level is more difficult than ever before, it has become important for good mid-majors to schedule other good mid-majors. These types of games boost the RPI and other advanced metrics for these programs, while also providing experience playing against teams of similar caliber to the teams you will face in your conference tournament later that season.

Let’s take a look at the field of this event:

The bracket for the event has been released on the tournament’s Twitter page. The first round matchups include Vermont vs Bradley, Iona vs Weber State, Coastal Carolina vs UTSA, and Northern Kentucky vs James Madison. 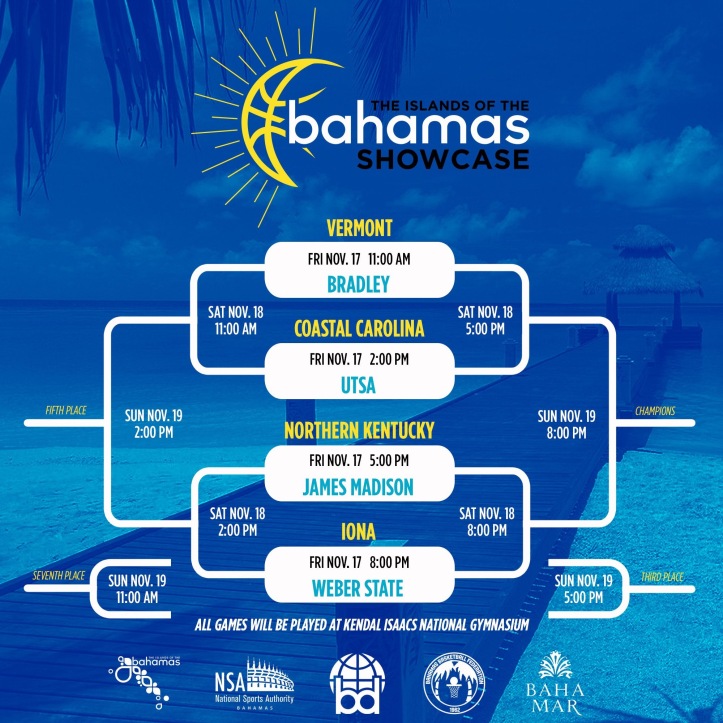 This will be one of the early-season tournaments I will be most excited for. The battle of some of these top mid-majors will be fascinating to watch unfold come mid-November. Hopefully we will see more of these style events for mid-majors in the future, rather than mid-majors participating in the larger tournaments in the form of a “buy game”. I’ll be sure to release more information about this event when I receive it.